With European elections coming up in May 2019, you probably want to know how the European Union impacts your daily life, before you think about voting. In the latest in a series of posts on what Europe does for you, your family, your business and your wellbeing, we look at what Europe does for cyclists.

As a means of transport over short distances, cycling helps reduce congestion and pollution, lessens our dependence on fuels, brings new jobs and improves public health. It also involves some challenges, such as improving cyclists’ safety, coordinating mobility planning and securing financing for cycling infrastructure. While in some EU countries, people use their bikes for more than a third of their daily trips, in others this is the case for less than 5 % of journeys. The proportion of regular cyclists is higher in cities. 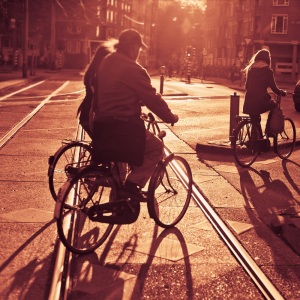 Cycling policies are a national – not EU – matter, each country providing its own regulatory framework in addition, in many cases, to country-wide cycling programmes; practical measures are generated mostly at local or regional levels, notably in cities.

Despite this, the EU takes an active role in favour of more cycling. EU support consists principally of guidance, exchange of best practice, and financial support, for instance in helping to build the European cycle route network Eurovelo.

European countries and the European Parliament have called on the European Commission to develop an EU Cycling Strategy to get more people to cycle more often. Cycling organisations have recommended measures that can make a cost-efficient impact, including more EU investment in cycling projects, vehicle regulations which would make motorised vehicles safer for people walking and cycling, and giving Member States the possibility to introduce reduced VAT for bicycle purchases through a reform of EU law.

Cyclists [What Europe Does For You]