According to the report “Transforming Cities: The potential of everyday cycling”, published today by SUSTRANS, an estimated 34,000 incidences of eight life-threatening conditions (including Type 2 diabetes, stroke, breast cancer and depression) would be prevented between 2017 and 2040, if cycling  in major cities increased at rates like those seen in London. Furthermore, it would generate £21 billion of savings to the economy, including 319 million of savings to the National Health Service. 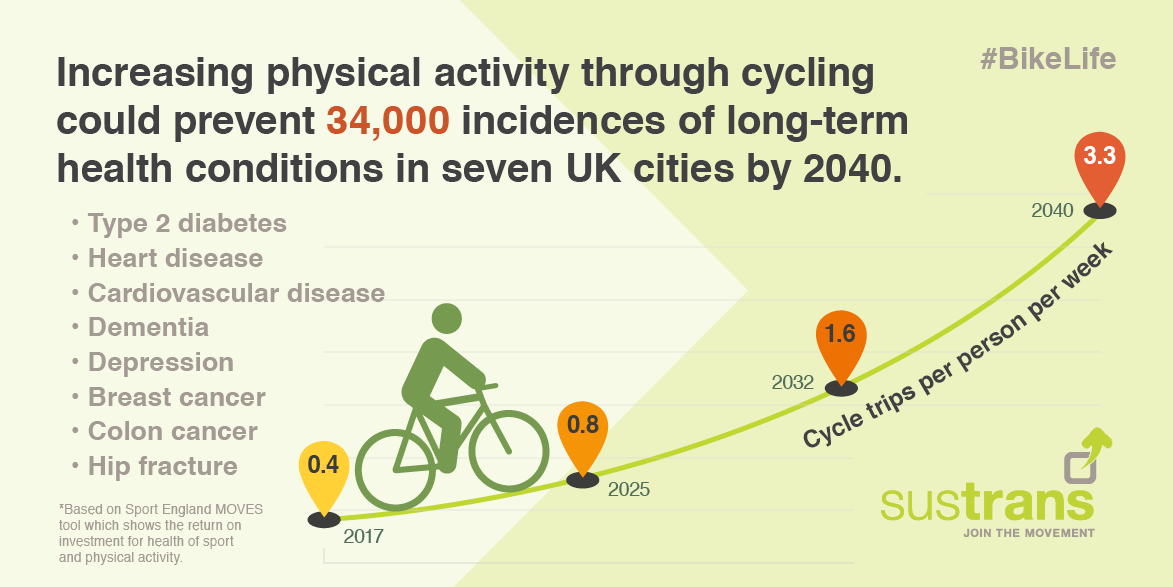 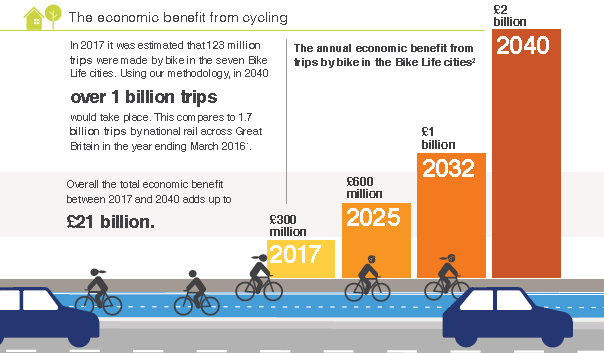